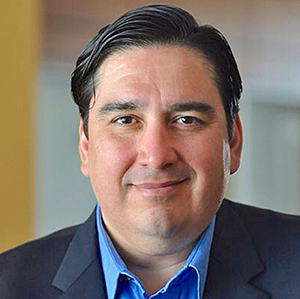 Rene A. Ramirez is the founder and President of Pathfinder Public Affairs, a consulting firm specializing in state and local government relations, communications and crisis management. Rene served as Chief of Staff for State Senator Juan “Chuy” Hinojosa. During his time there, he was responsible for the research and staff support that helped the Senator secure critical funding for regional projects, helped increase the budgets for The University of Texas – Pan American (UTPA) by $6.3 million and the Rio Grande Valley’s Regional Academic Health Center (RAHC) by $6.5 million. Rene was also at the Senator’s side when the office secured over $170 million in transportation and infrastructure projects throughout Senate District 20 that became key to fueling international trade and economic development in the Valley.

> In 2009, Rene served as Hidalgo County Judge, where he championed improvements of the Emergency Management System and local transportation networks. Working with leaders from the community, the State of Texas, and the International Boundary and Water Commission, Rene spearheaded the effort to mitigate heavy flooding, pre-position assets, reinforce the levees, and preserve $1.7 billion in area infrastructure. His work resulted in successfully protecting thousands residents from the destructive impacts of storms and hurricanes. In the area of transportation, Rene was able to secure funding for key projects in the region, including $78.5 million for the Hidalgo County RMA in pass-through financing, and $45 million for the La Joya bypass project. Rene was appointed to the Texas Transportation Institute (TTI) Advisory Board in February 2012. TTI is the leading transportation research entity in Texas.

A graduate of UTPA with a BA in Economics, Rene has a long history of being a behind-the-scenes player in Hidalgo County economic development. As an Edinburg City Councilmember, he helped build public support for tourism, business travel, and eco-tourism projects, including a professional baseball stadium, the Los Lagos Golf Course, and the establishment of a World Birding Center. Rene has also served as a Board Member for the Edinburg Chamber of Commerce, the Texas A&M PAC, the Lone Star National Bank Board of Advisors, the Hidalgo County Housing Authority Board and the Red Sands Ground Water Conservation District.

Known for his easy demeanor and a leadership style focused on producing results, Rene is lauded as a consensus builder. His work in helping pass SB24, authorizing the merger of UTPA and UT Brownsville, an important step in paving the way for increased higher education and improving healthcare in the Valley, is a reflection of his keen knowledge of the political process and what it takes for communities to get their fair share of state and federal resources.